Home » Blog » Are Probiotics And Prebiotics Important For Health?

Are Probiotics And Prebiotics Important For Health? 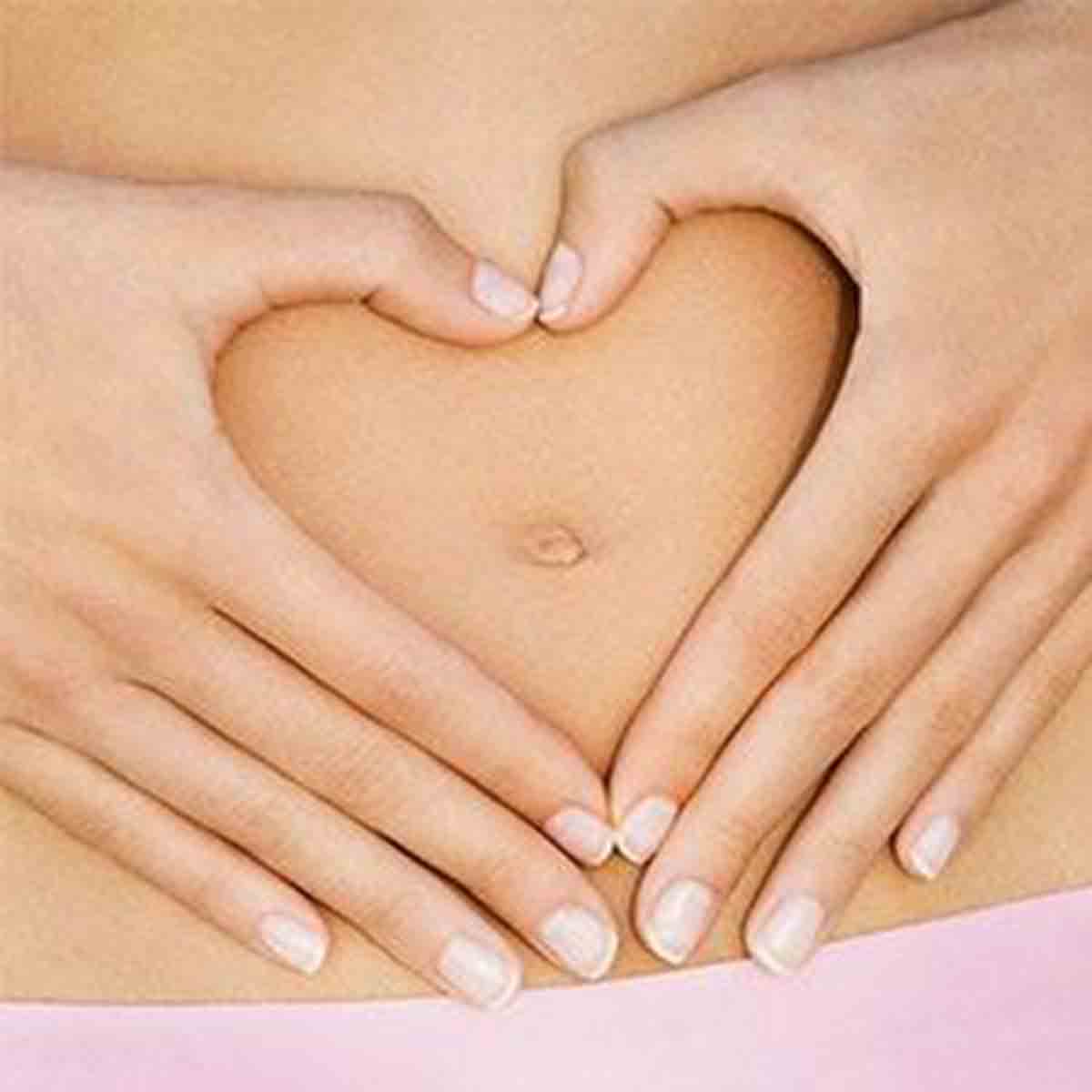 Today, Probiotics and Prebiotics are seen as the gut health supplements for everyone. They have had many studies on them and are considered generally safe for consumption. Benefits include relieving constipation, and reducing gastrointestinal discomfort.

The long term benefits are to do with improving immune health to the more extreme claims, such as a cure for the common cold and even serious diseases.

All this sounds miraculous of course, but many people are unaware that their gut is already abounding with Probiotics and have been since their birth.

It might surprise you to know that we are all made up of at least 95% bacteria. It is pretty much everywhere in and on the body, but is particularly helpful to our digestion. Probiotics are bacteria that reside in our gut, where other micro organisms are unable to live due to the highly acidic conditions.

Probiotics are a group of bacteria grouped within all the Microbiomes that exist within us and outside of us. The Microbiota in our digestion system performs many roles in breaking down the food we eat, and are very important for our gastric and digestive health.

Health supplement marketing tends to gloss over our existing Probiotic Microbiota, in order to sell us products and their advertising tends to emphasise the health benefits you can get from the outside strains which are added to foods. There is good evidence for some of these supplements, but it is misleading if you don’t know that you already have plenty of probiotics in your system.

What is the Microbiome?

Probiotics come from the outside world starting at the moment of birth. Everything we come into contact with and ingest contains bacteria, collectively known as the Microbiome, or Microbiota.

Long before we were here, these tiny living organisms already existed. Microbiota is part of us because all life on earth evolved together, and has to coexist in and with every other form of life.

About 95% of the ingested Microbiome resides in the gut, and performs a lot of the work needed for digestion and gut health. The group of bacteria that aid these processes are known as Probiotics. They are sometimes also called “helpful” or “good bacteria”. There are known to be thousands of types of Microbiomes within the gut – some good, some bad, and some yet to be identified. In a healthy person, the bad bacteria is usually expelled by the Probiotics.

The first Microbiota to be genetically mapped took 3 years to map, but now we can identify them within 3 hours. You might be thinking that because we can identify them so quickly, it would be easy to remove the harmful bacteria and just keep the useful ones. The problem with this is that science can’t at present know how each Microbiome is dependent on the thousands of others that surround them. Because of the way they constantly change and evolve from one to another, it is far easier to identify them than it is to predict their behaviour.

The only way to understand what is essentially another life form means you would have to know about the chemistry, physics, nano science, the agriculture, and the soil science that they exist in. This is a mammoth task, but if we could understand the working principles of the communities of Microbiomes and how they react with each other, it would have a huge impact on our understanding of our world and the body.

How do Probiotics work? 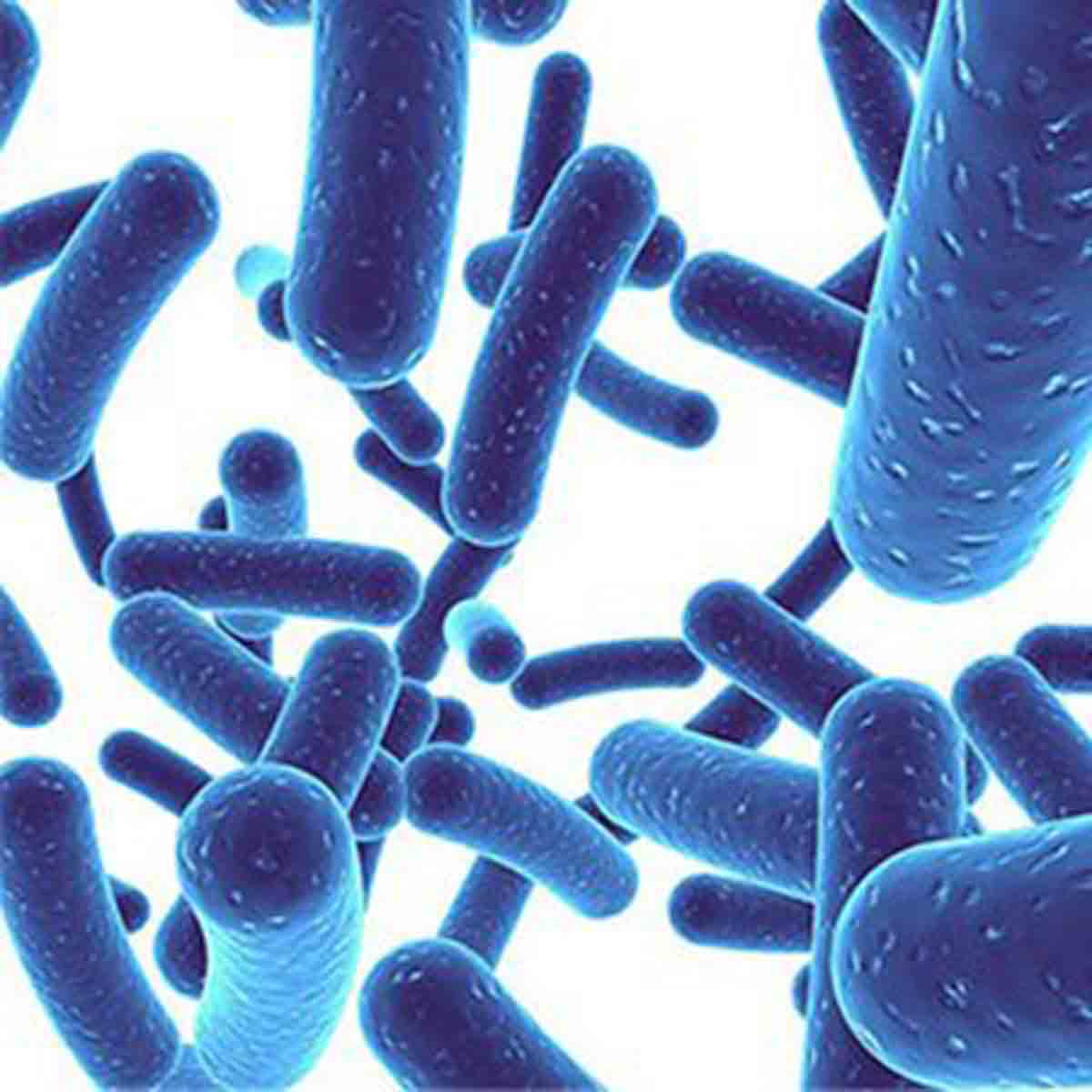 Inside the stomach is an acid, and not much can survive in there apart from Microbiota. The stomach lining is covered with them to a thickness of about one cell all the way round and into the gut.

Probiotics are the helpful Microbiota that act as energy producers and cleaners by feeding off the food we eat, and then excreting the waste through the gut. In a healthy person, the good bacteria thrive and overwhelm the bad bacteria and so are important for out health.

If you were to eat, say an apple, the first of many Probiotics it would encounter in the digestive system would be some cellulose breakers, whose function is to break down the apple to collect the cellulose.

Next, the cellulose is used as fuel for respirators and is carried through the gut until they meet the fermenters. The fermenters extract energy from these sugars, and convert them into alcohol and hydrogen gas. Centrioles feed from this waste, and energy is released and absorbed by the cells of the digestive tract. At each stage of this process, the Probiotics release energy that is absorbed into the body.

The Probiotics in the gut will only exist while they are needed, and will disappear if they have no function. This is why if you change your diet it has a reaction to your health. If you eat a lot of junk food that is less complicated to break down, some Probiotics will no longer be needed and you will not have great digestive health.

The health benefits of Probiotics

It might seem odd that in a world of antibiotics and anti bacterial agents that anyone would want to add bacteria to their diet on purpose, but not all bacteria is bad. The Probiotics name literally translates as “for life”, and is known as good bacteria. An excess of bad bacteria can cause serious illness if untreated, causing stomach and gut problems that can lead to serious health problems.

Probiotics create a real barrier against the bad bacteria, and can recreate a better environment for the gut. Antibiotics can wipe out many bacteria both good and bad, so Probiotics can help the good bacteria to rebalance.

Probiotics may also help with digesting proteins and fats in the gut, which can be beneficial to infants and patients who need to rebuild their strength after an illness.

The main usefulness for Probiotics is as a protection against hostile bacteria, and an improvement to the absorption of food and nutrients. The combination of these benefits is to the health by building a healthy and stronger immune system.

Research has been promising for these friendly Microbiota.

Potential benefits of Probiotics have been seen in the treatment or prevention of;

Are there Probiotics in foods that can be used to maintain a healthy gut balance? 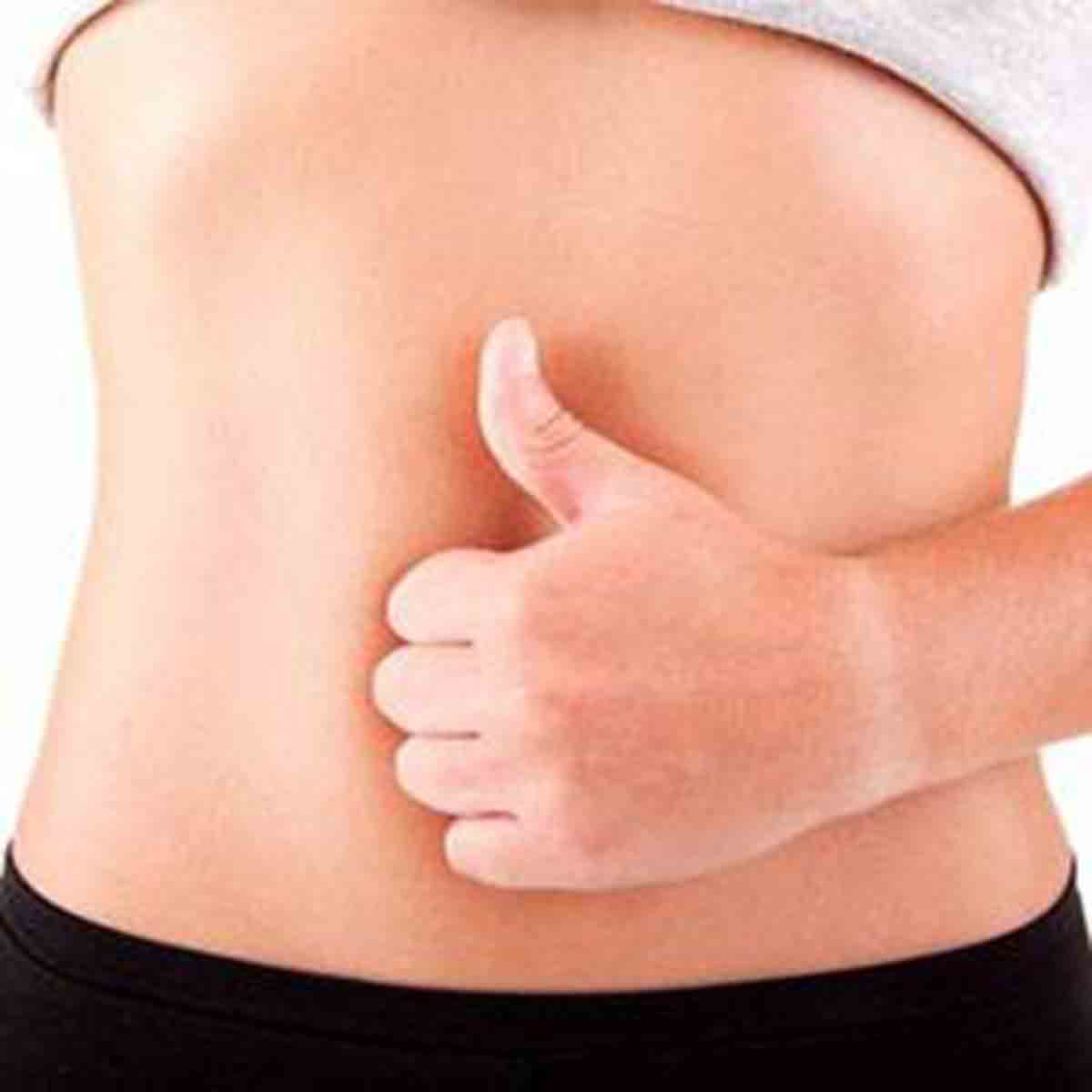 A lot of dairy produce contains Probiotics, either as part of the natural process or in some cases added before the products go on sale. Products include cultured, fermented, or dairy products like yoghurt. The bacteria will either occur naturally in these foods, or will have been added during preparation.

Not all yoghurts contain a Probiotic and in order for a yogurt to be considered Probiotic, it must contain one of the recognized strains. However all yogurts are required to be treated with the strains Lactobacillus Bulgaricus and Streptococcus Thermophilus, so you do get some probiotics even if your yoghurt is not labelled as such.

Some other good sources of Probiotics include;

Probiotics are also available as dietary supplements in capsule, tablet, or powder-form.

Food marketers have found a new niche with foods containing added Probiotics, such as Probiotic cereal, granola bars, soy milk, cottage cheese, sour cream, and infant formula. However, be aware some of their claims may be based only on preliminary scientific findings.

What are the health benefits of Prebiotics?

Up to now we haven’t mentioned Prebiotics, the foods that the Probiotics thrive on, and which can be used as an acceptable dietary supplement. A generally accepted definition of Prebiotics is they should increase the number or activity of lactic acid bacteria and bifidobacterium. The problem with Prebiotics is that it not known what other bacteria they also encourage. This is because it is a complicated fermentation process so the results cannot be completely predicted.

There is a further complication expressed by The European Food Safety Authority (EFSA), the regulatory agency for product labelling. The EFSA differentiates between “Prebiotic” and “dietary fibre”, stating that;

“A cause and effect relationship has not been established between the consumption of the food constituents which are the subject of the health claims and a beneficial physiological effect related to increasing numbers of gastrointestinal micro biota.”

EFSA rules that individual ingredients cannot be labelled as Prebiotics, but only as dietary fibre and with no implication of health benefits.

Prebiotics as a health marketing supplement are probably not a reality yet, although it is fair to say that certain Probiotics may benefit from Prebiotics, the cause and effect studies of these claims have not so far come up with any conclusive proof of having a healthy effect on the body.

The good news is that Prebiotics probably work, but the bad news is nobody is quite sure what types of Microbiota they will feed on, and these include bad bacteria. 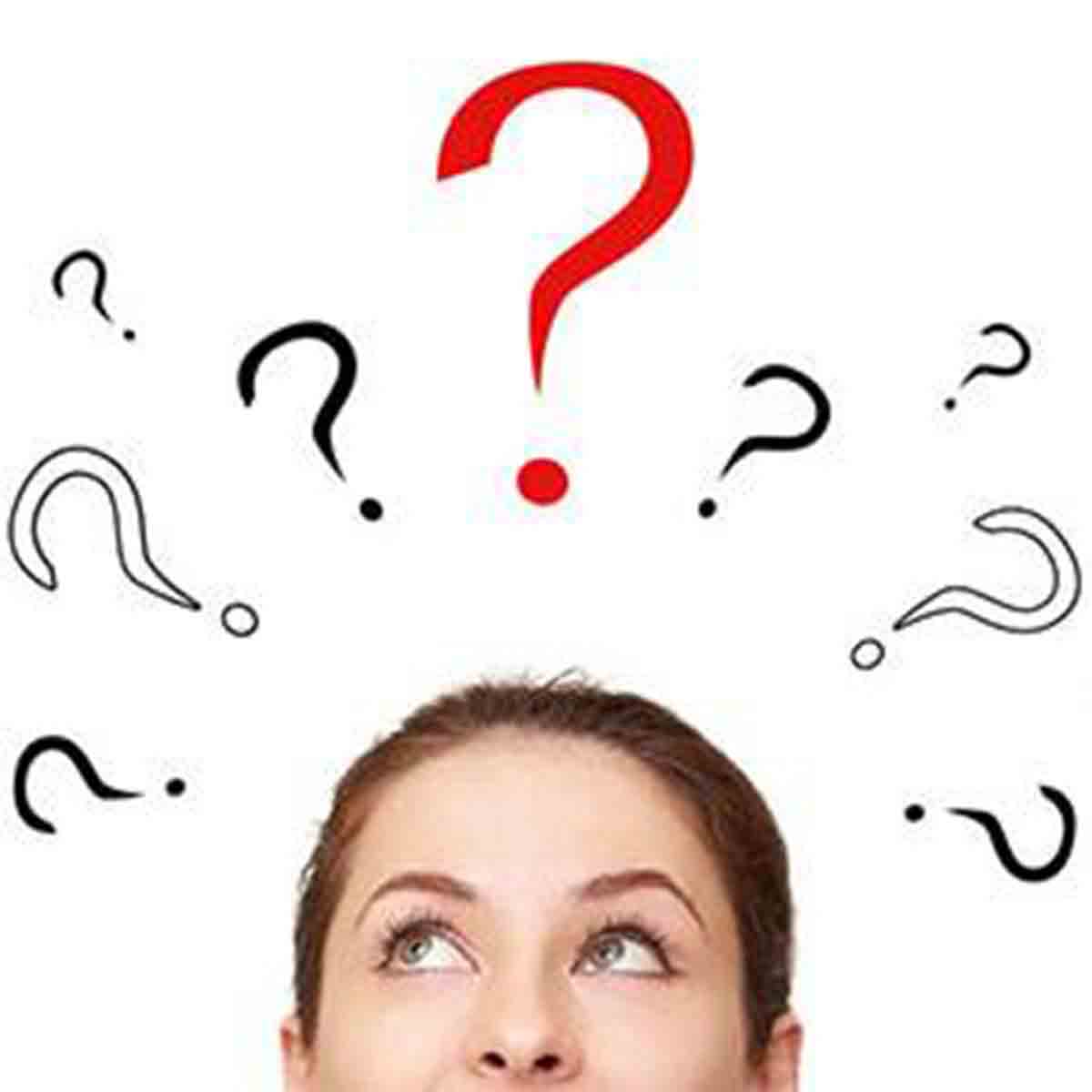 We have known about Probiotics for over a hundred years, and they are very important to our health. More research is needed to see whether the beneficial effects of probiotic bacteria are the same when they’re treated or added to food products. Dried Probiotics may survive the trip through the intestines, if prepared and stored properly.

Science seems to agree that there are benefits to eating foods with Probiotics. However, more research is needed to solidify the claims. The best we can say right now is they won’t hurt and may help.

Most dietary supplements are not tested by the U.S. Food and Drug Administration, so the Probiotic strains in the supplements may not be specific for the condition you’re looking to treat.

If you are in doubt, consult your medical practitioner or a registered dietician and keep them informed about changes if you are taking other medicines.

About the author: Jane Weston

Jane has been passionately involved in the diet and supplement industry for a number of years, with an impressive track record covering over 4000 products.

An early grounding in food science gives Jane the necessary knowledge to objectively analyze, and a love of coffee gives her the edge when deadlines need to be met.

Disclaimer: Our reviews and investigations are based on extensive research from the information publicly available to us and consumers at the time of first publishing the post. Information is based on our personal opinion and whilst we endeavour to ensure information is up-to-date, manufacturers do from time to time change their products and future research may disagree with our findings. If you feel any of the information is inaccurate, please contact us and we will review the information provided.

Get the conversation started by leaving your comments using the form above.

This site uses Akismet to reduce spam. Learn how your comment data is processed.

Enter your search term above